2. “Laying of Sewerage System from Larech Colony to Gulshan-e-Ravi, Lahore (Through Trenchless Technology).”

The LWWM Project is proposed by WASA owing to shift the reliance from ground water to surface water, in phased manner, by installing Surface Water Treatment plant (SWTP) of 100 cusec (54 MGD) in first phase near Bhaini Road and upgrading it to 1000 cusec   (540 MGD) in subsequent phases; and to reduce the burden on storm water drains in the central region of the city Lahore by laying Trunk Sewer from Larech Colony to Guilshan-e-Ravi through Trenchless Technology. The said project is to be financed by Asian Infrastructure Investment Bank (AIIB).

1. The SWTP has following three components:

a. Diversion of water from Bambanwala-Ravi-Bedian-Depalpur (BRBD) canal to proposed surface water treatment plant by constructing the required infrastructure

b. Construction of a new Surface Water Treatment Plant (SWTP) having capacity of 54MGD (245,000 m3/day) and supplying it to the most affected areas of the city.

c. Surface water treatment plant to Feeding Main through Transmission Main of the length 3.5 km and then Feeding Main to the existing distribution network of four 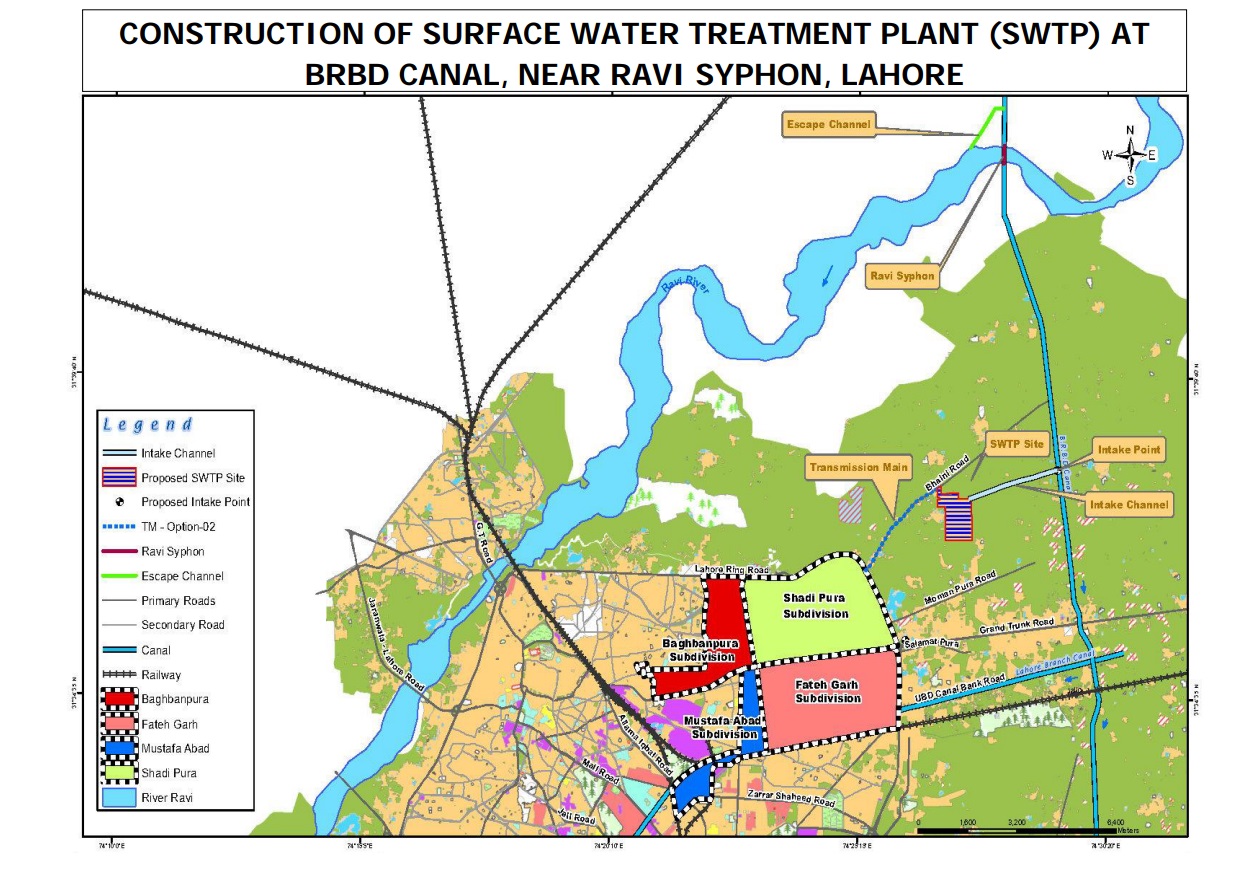 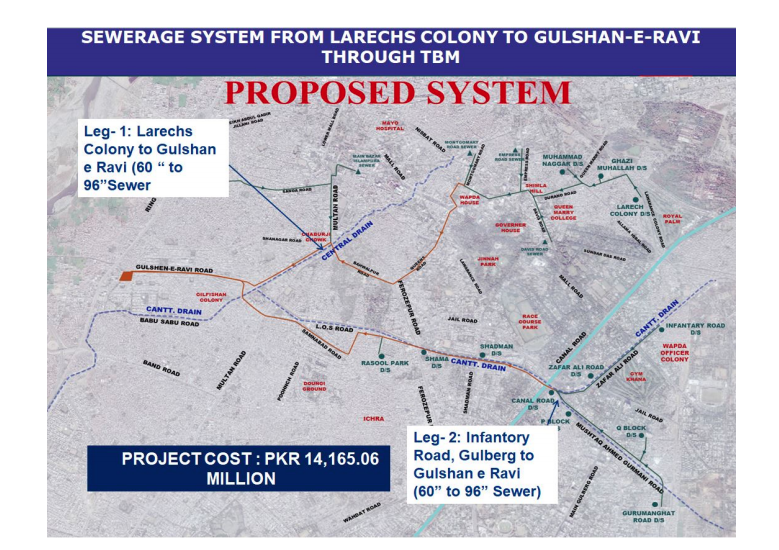